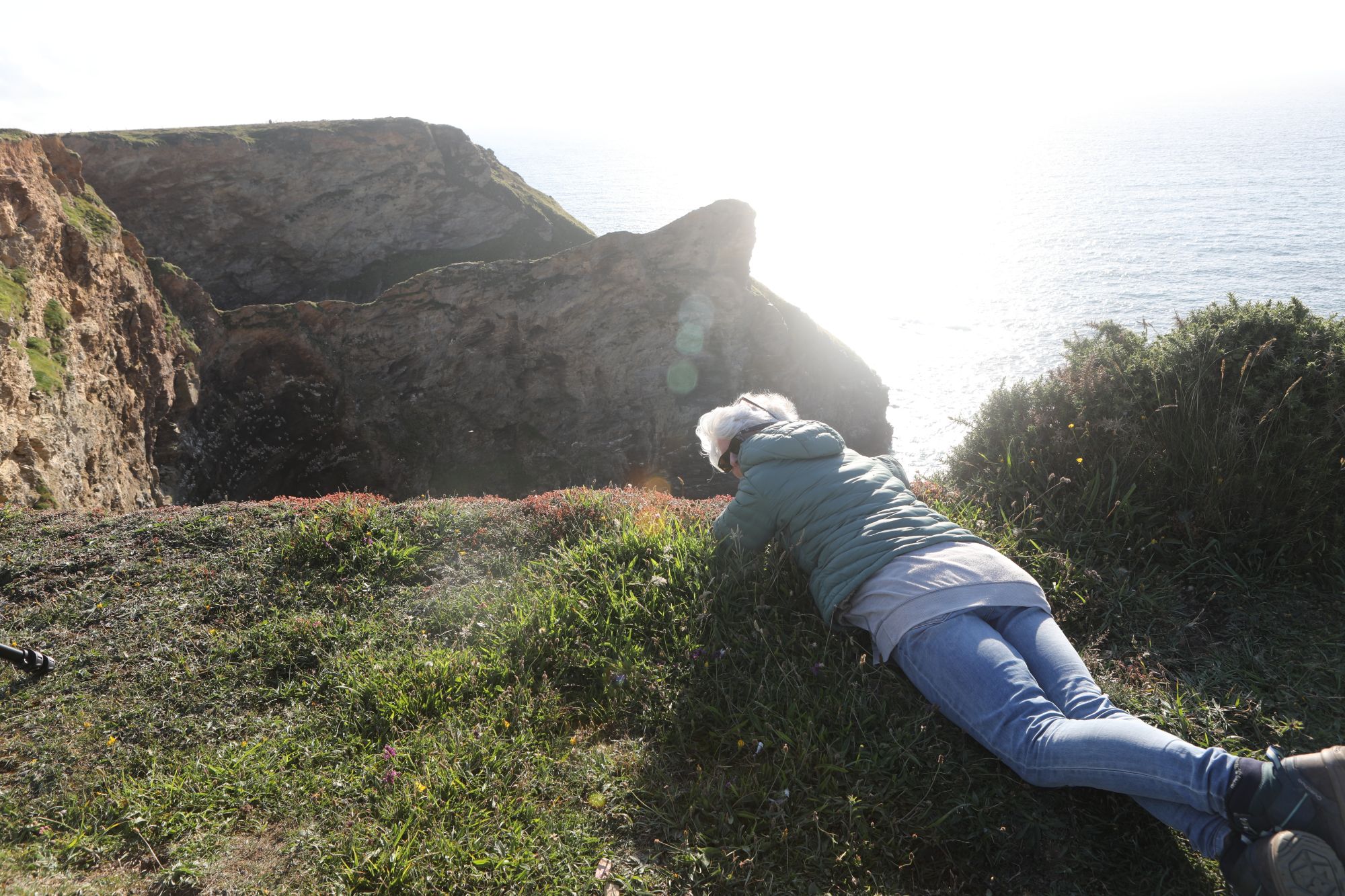 Bryony has worked in Cornwall as a videographer for 10 years specialising in documentary environmental films. She has filmed as an independent film maker for NGOs, charities and other organisations such as Greenpeace, the Centre for Sustainable Energy, Rame Peninsula Beach Care, the Peninsula Trust and Exeter and Falmouth Universities.

Previous to her move to Cornwall she worked for eight years in London for production company Salt Pictures, working as associate producer on projects in Bethlehem, Kenya and London. She then went on to work as Producer Director at CTVC, heading up over 500 short online films to start up Truetube, now a BAFTA-winning free online educational platform producing documentary, drama and animation films aimed at teachers, students and young people.

Bryony has a unique style and ability to film, record sound and edit, and her strengths are telling people’s stories in a natural, honest and intimate way. 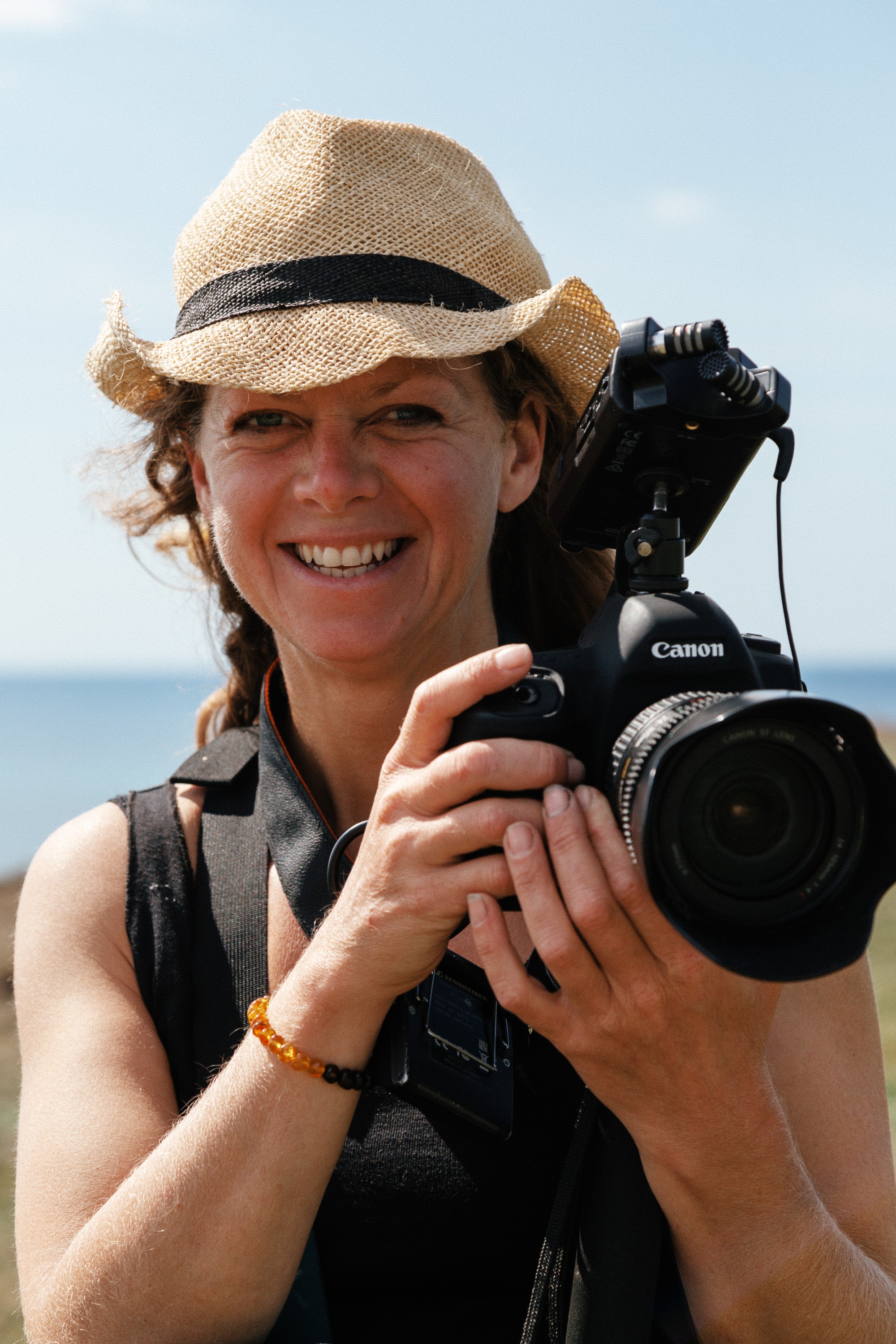 Claire worked for many years as a print and radio reporter, author and as a press officer for the International Fund for Animal Welfare, in the UK and abroad (Philippines, South America and East Africa).

She was a member of the 2018 Sail Against Plastic expedition to Svalbard, studying the impact of plastic pollution, but also experiencing the inescapable evidence of climate change on this fragile region in the remote Arctic.

Claire and her family had to evacuate their home for six weeks in 2014, following the devastating storms that hit the Cornish coast, and which were calculated to have been made 43% more likely due to climate change. 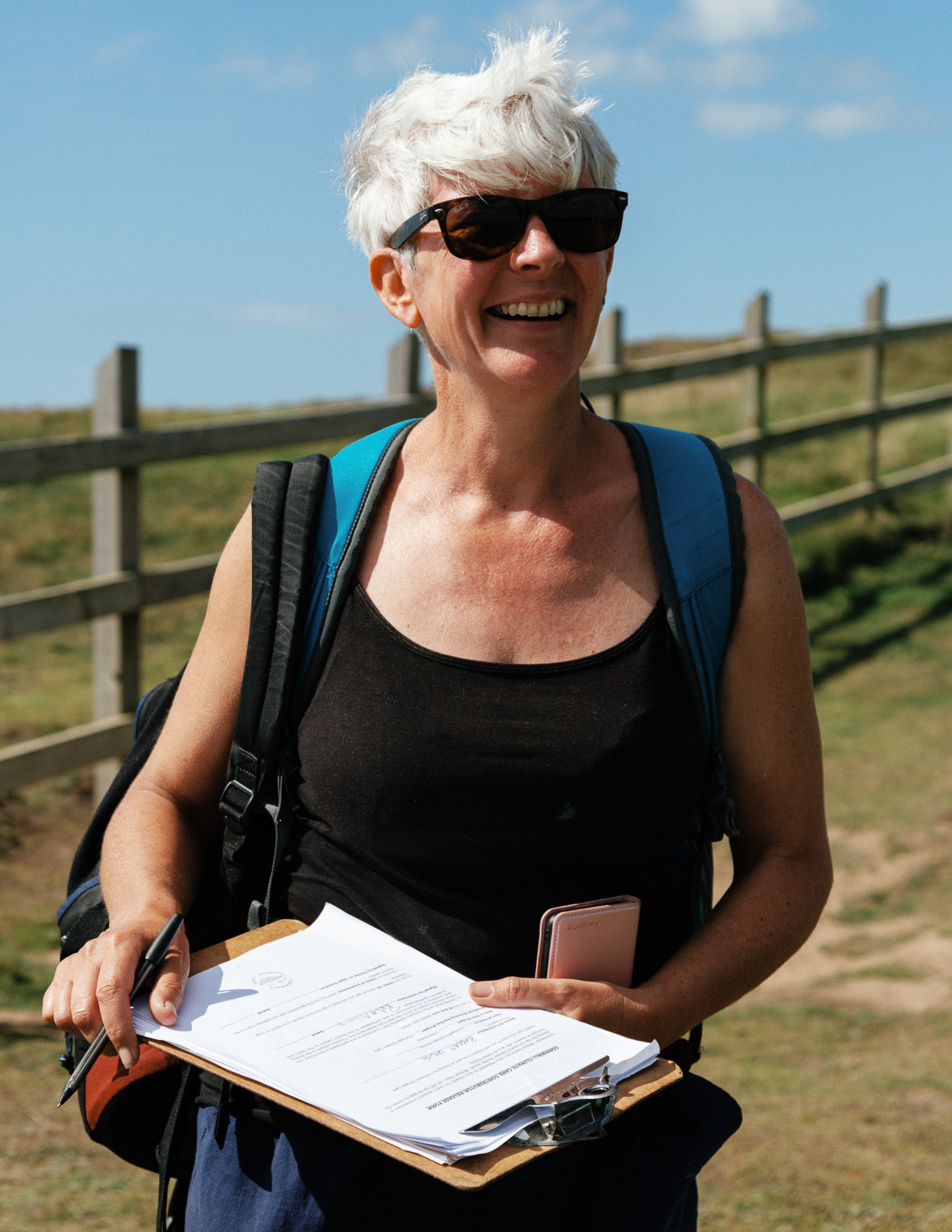 Alex has worked at the interface of environment, science, innovation and business, for 23 years and has diverse experience across a broad variety of 'environmental sectors' including land use planning, conservation, ecosystem services, resource efficiency, renewable energy, climate change, transport, bioeconomy and circular economics.

He is currently Head of Environment and Clean Growth at the University of Exeter.

Outside of work Alex is a director of three organisations and is fortunate enough to enjoy managing his own 4 acre former-paddock, in Cornwall, for the benefit of nature, climate and a little bit of food security.

Cornwall Climate Care is key to Alex's interests, helping to explore and understand why flourishing natural and climate systems are important to all of us and how we can personally help in shifting our trajectory from one of environmental decline to one of environmental growth. 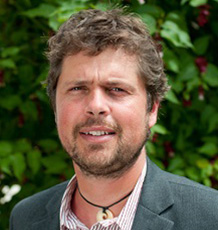 Dawn Bebe is a founder and director of Crowdfunder, having helped set up the business in 2012 in Cornwall and acting as comms director and head of local partnerships, winning an international Bloomberg Cities of Service Award with Crowdfund Plymouth.

A journalist by background Dawn has won the UK's top journalism awards including PPA Editor of the Year, British Society of Magazine Editors Editor of the Year, and emap's Editor of the Year. She has also founded her own PR company, Wordfluential.com. During the Cool Britannia years, Dawn was invited by Tony Blair's strategic communications unit to advise on how to talk to women's media at Downing Street. She's still not sure if it worked! 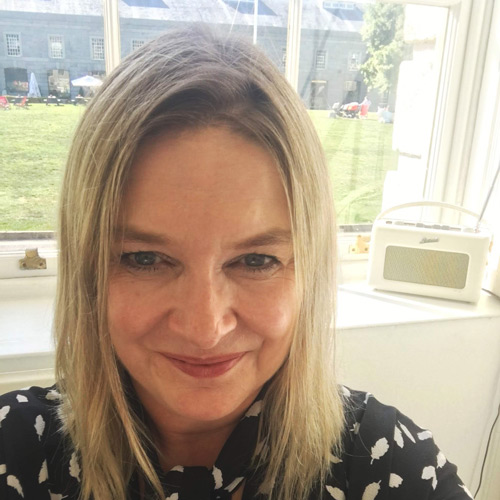 I am an educator and a zoologist, and I have been teaching biology and the environmental sciences for the last 25 years. I graduated from Liverpool University in 1995 with an Hons. degree.  Since then, I have worked in this country and abroad, notably Europe and Africa, where I have been involved with conservation and environmental education.

I believe climate change and its consequences are likely to be the biggest challenge facing mankind in the years to come. I believe in influencing environmental policy at grass roots level and am honoured to be part of Cornwall Climate Care. 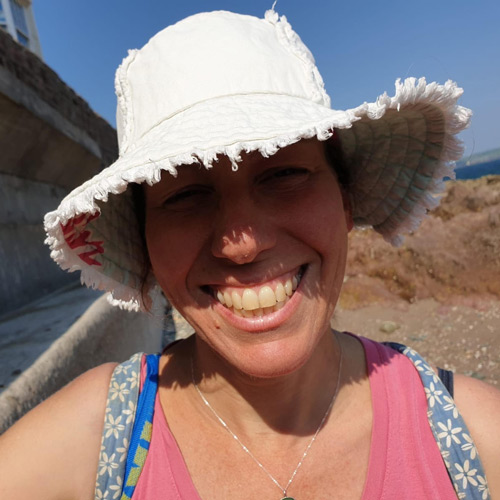 I have been teaching Science in secondary schools in Cornwall and Devon for 26 years.  I studied and then taught Physics because of a love of the nature of reality, and alongside that I also love nature.  I have supported and volunteered for environmental and wildlife groups all my life and have recently started teaching Environmental Science.  Cornwall Climate Care's films provide education and inspiration that we all need. 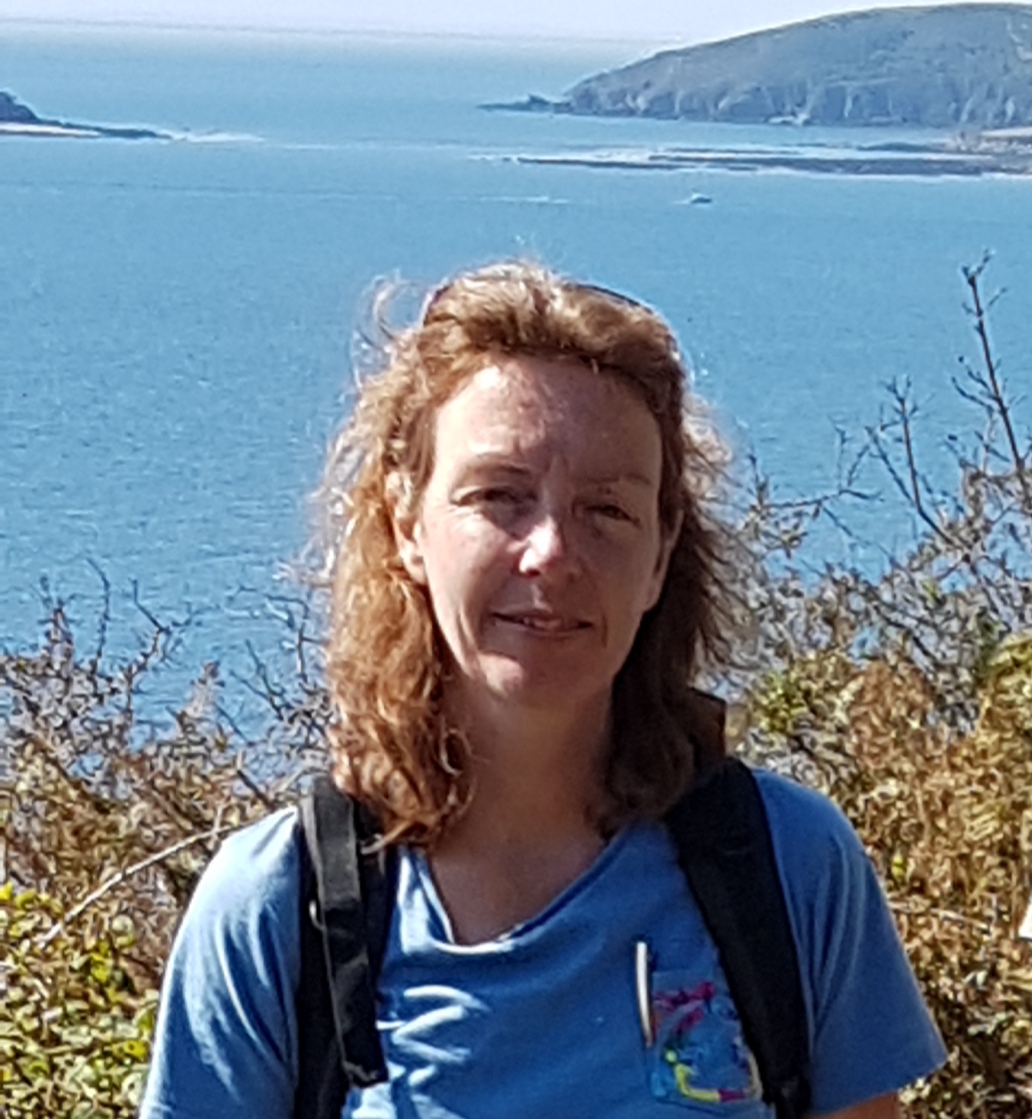 Our Friends, collaborators and champions

Even though we’re a small inhouse team, we work with a wide range of people from all over Cornwall who contribute to the making of our films in a variety of ways, and we are super grateful to all of them.

However, there are some people and companies who we work most frequently with, and whose help we really could not do without:

It is no exaggeration to say that we really would not be able to have made these films without Amanda’s invaluable experience, honesty and incredibly kind support.

She is the absolutely crucial ‘fresh set of eyes’, who gets her red pen out, tells us when things don’t make sense, and helps bring our scripts to life. When we can no longer see the wood for the trees, Amanda knows just what is needed to make the narrative ‘pop’.

Amanda has been making environmental films since 1989, when she joined the start-up team for BBC Nature as senior producer and later editor.

She says: “Nature was the BBC Natural History Unit’s first venture into that field and wasn’t a success with viewers. Most of the stories then were depressing and we could offer few solutions.  Worry about climate change was considered eccentric and it was hard to get reputable scientists to discuss it. Since then, working for all the major broadcasters both in  Europe and America, I’ve seen environmental concern climbing the public agenda, if not the government’s.

“There is still so much work to be done at every level and I feel both proud and privileged to help Claire and Bryony with their films about how climate change is affecting Cornwall.  I firmly believe that national broadcasting is prestigious but real change can only achieved at local level.” 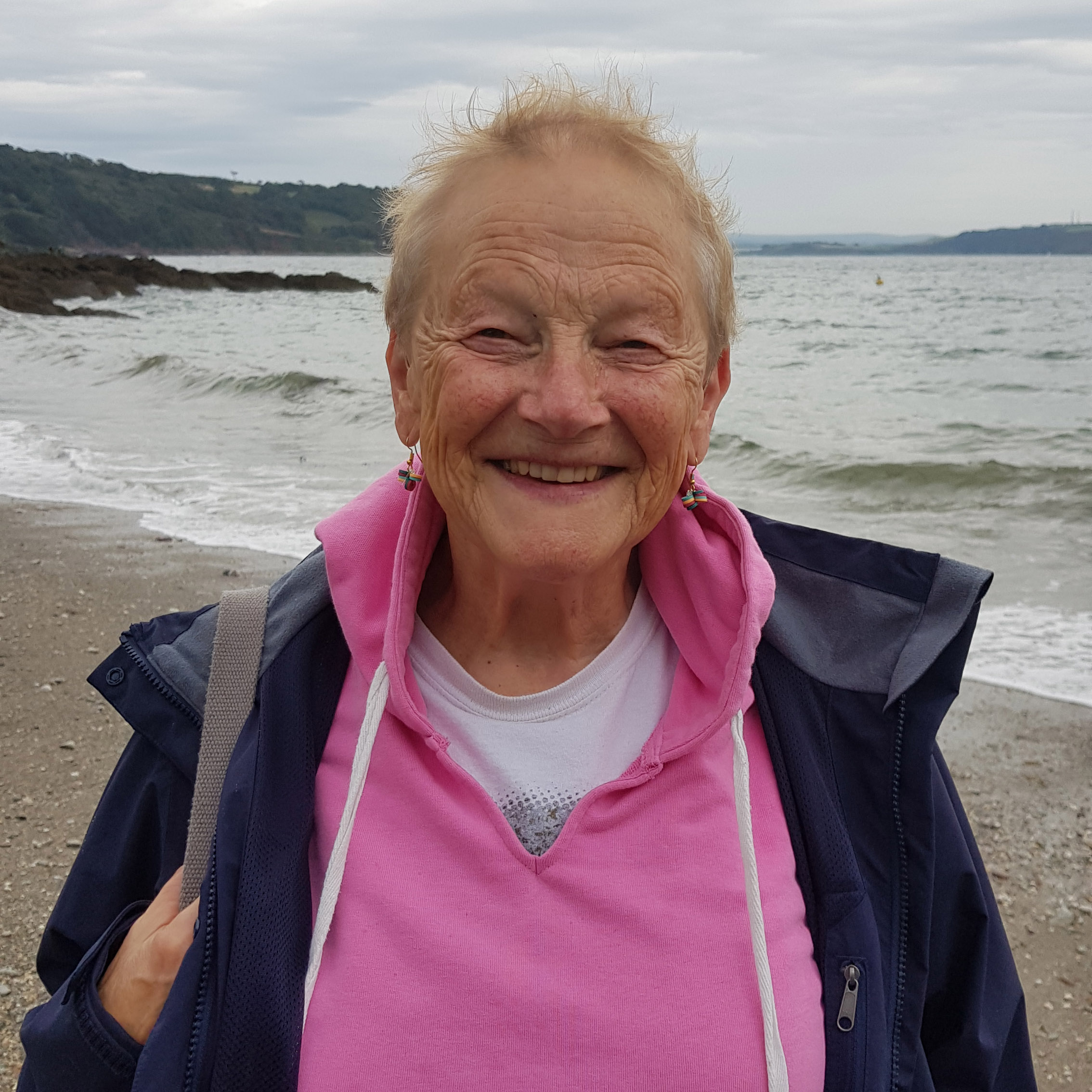 Words and ideas are great but it’s only with great stories that people shout from the rooftops “Screw it, I’m in”. Stories place people in a moment, create energy and drive action.

As a bunch of scientists, omnivores, vegans, surfers, writers, book worms and creatives we get kicks out of telling stories that ignite the imagination and get people behind a cause.

This is why we are delighted to be supporting Cornwall Climate Care with the donation of filming days and free footage to help them with their important mission of communicating a rapidly changing climate and environment, right here, on our doorstep. 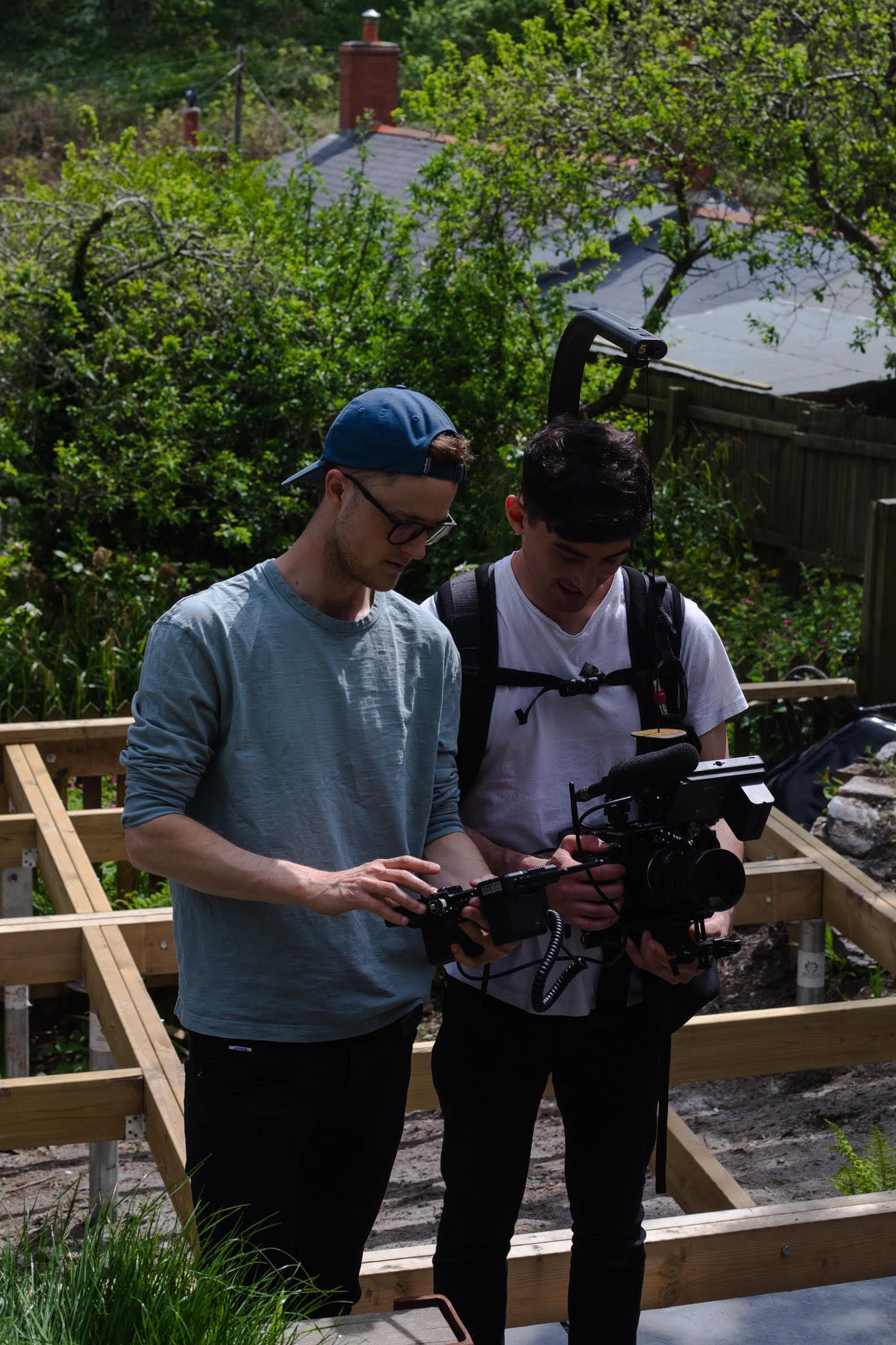 Tom is often away working on TV shows like Bake Off and Michel Roux’s French Country Cooking, so we’re really grateful to him when he can fit in shoots with us on much less glamorous stories – which often involve standing in the middle of rivers, muddy fields or cow sheds! 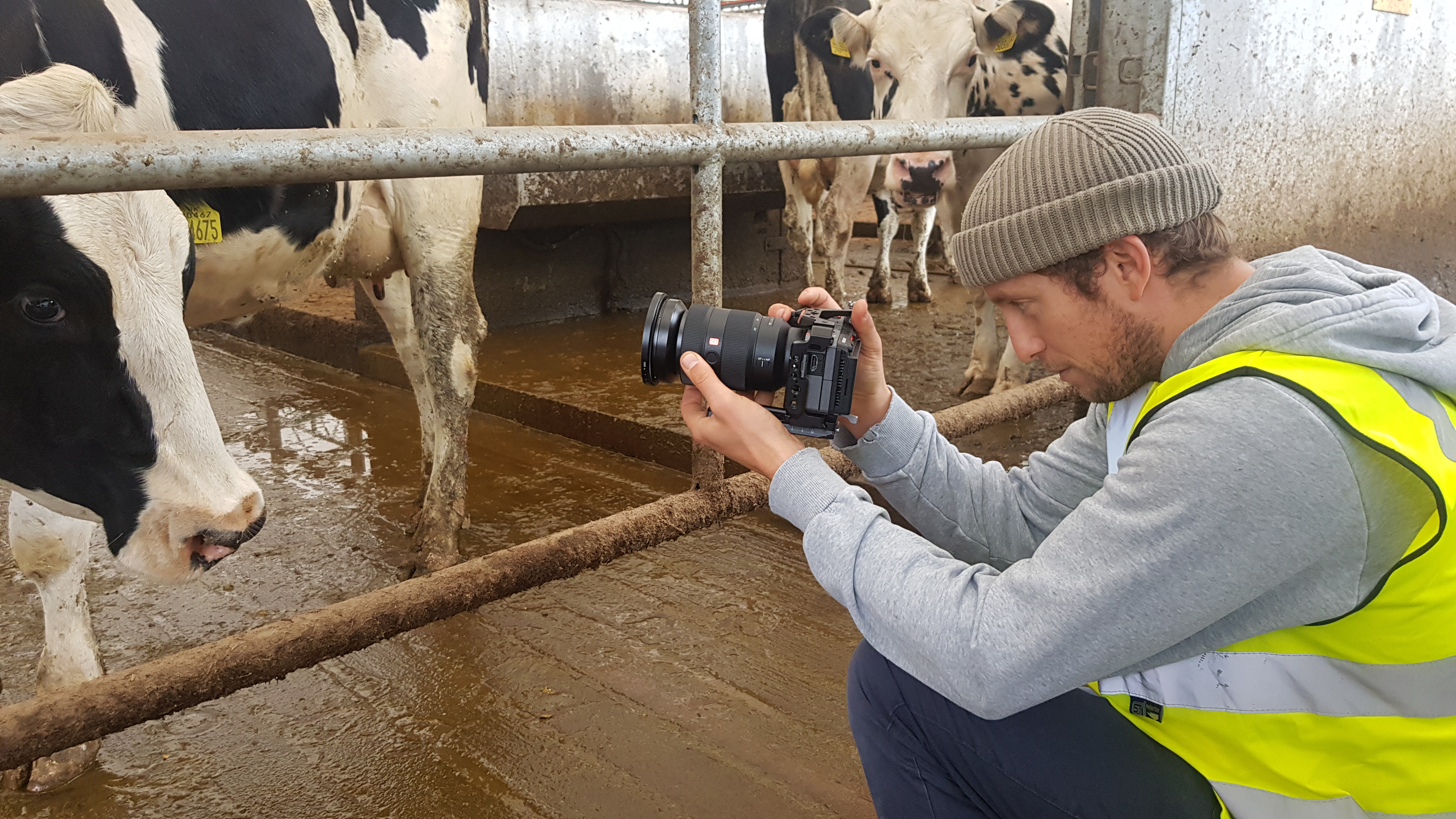 Mike Osborne started his career in audio recording and live sound production after studying at the London College of Music and Media. He started his own company as a sound engineer which ran successfully for many years but decided to change career direction in 2020 after the collapse of the live music industry during the pandemic.
Mike has been flying DJI drones since 2017 and due to his keen interest in filming, sound recording and all things media, decided to start his own media company MOAV Productions. Since starting his new venture he has filmed all over Europe as well as the UK, Mike has worked on many projects from documentaries and news footage to short films and music videos. 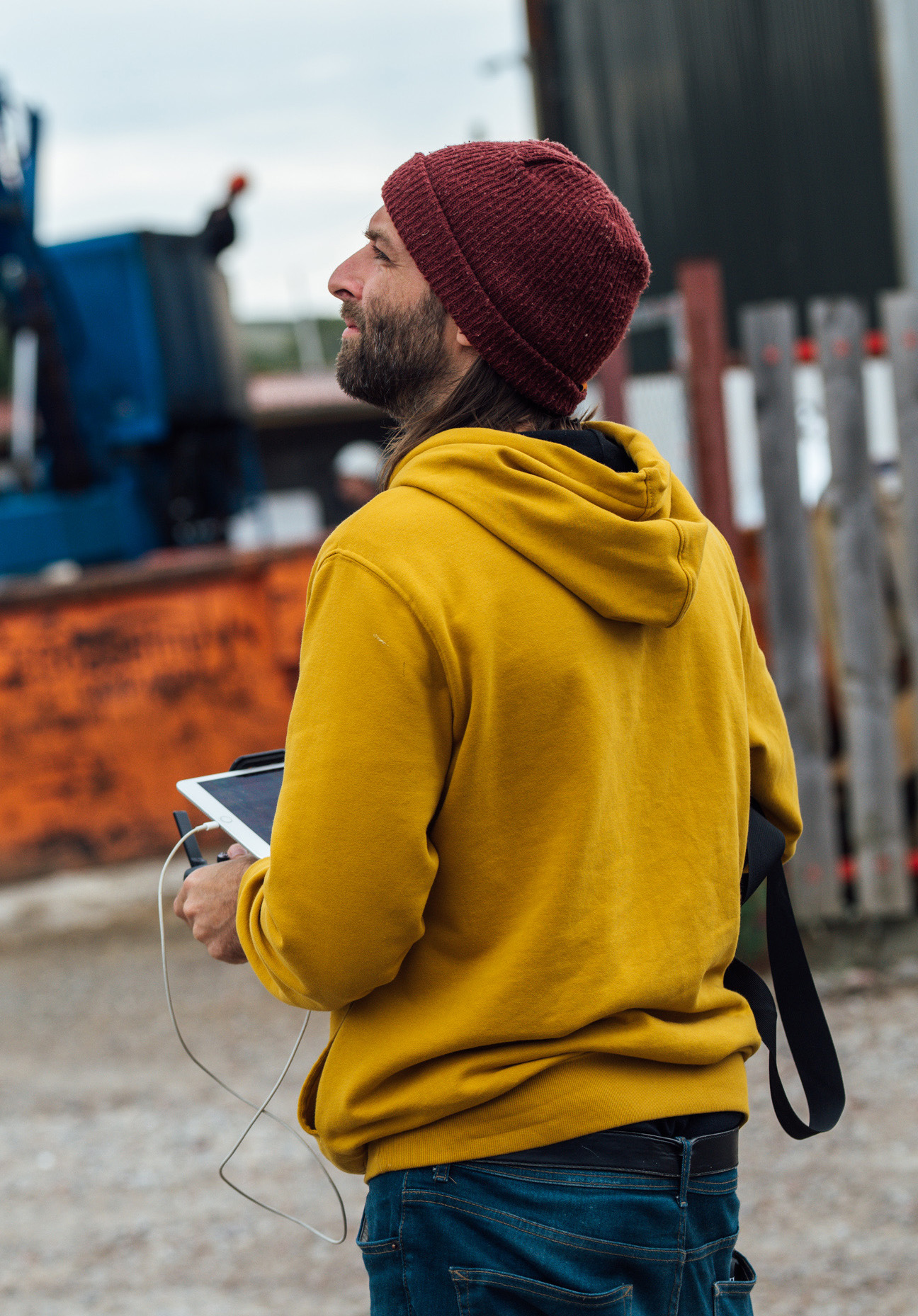 As a project to document the facts around climate change in Cornwall, we take our own carbon footprint very seriously and aim to tread as lightly as possible.

We operate in accordance with an environmental policy in order to keep our impact to a minimum. We are calculating the emissions of our work and investigating the most robust and effective local schemes available so that we can offset these emissions in the best way possible upon completion of the project.