Cornish fishermen have got a lot on their plates – from worries about weather and Brexit to stocks, quota and overfishing. But Plenty More Fish? lifts the lid on the many ways in which climate change is also affecting the local fishing industry, and is likely to do so much more in future.

Narrated by fisherman Ben Church, the film speaks to fishermen and experts who tell us about everything from the changing fish species entering our waters to the challenges of stormier weather – and even the possibility of crab and lobster shells dissolving as our waters become more acidic.

But it also looks at more positive aspects, such as inventive solutions to fight climate change while tackling Cornwall’s invasive oyster problem, and the possibilities for zero carbon fishing boats.

We are aware of issues playing interviews from mobile devices since recent OS updates. This will be rectified soon. Until then, please listen from a desktop if possible.

Click and listen to the full interviews with the film's participants 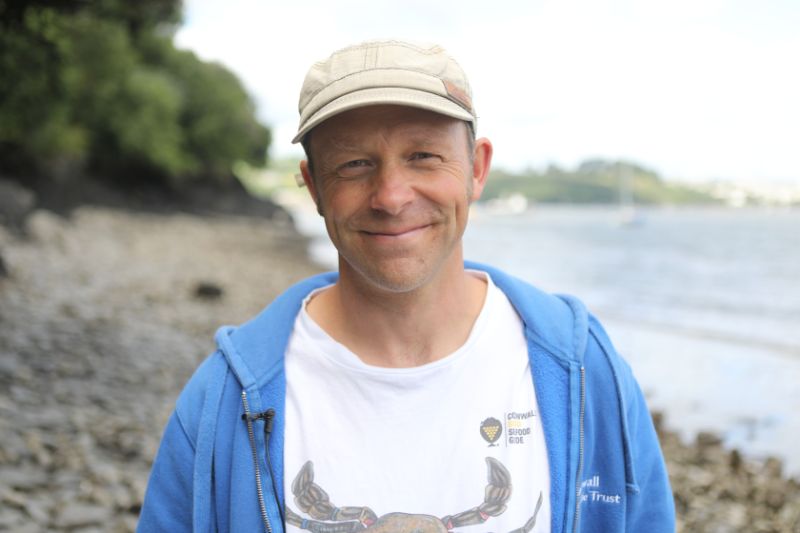 Matt Slater, who once worked himself as a fisherman and is passionate about all things marine, talks in more depth about the problem of invasive species such as Pacific oysters, taking advantage of the changing conditions in our seas, and potential future changes for fishermen. 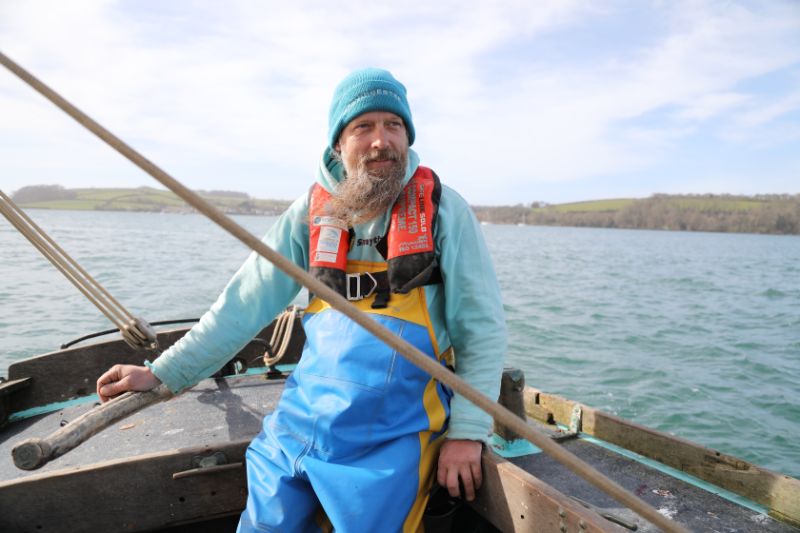 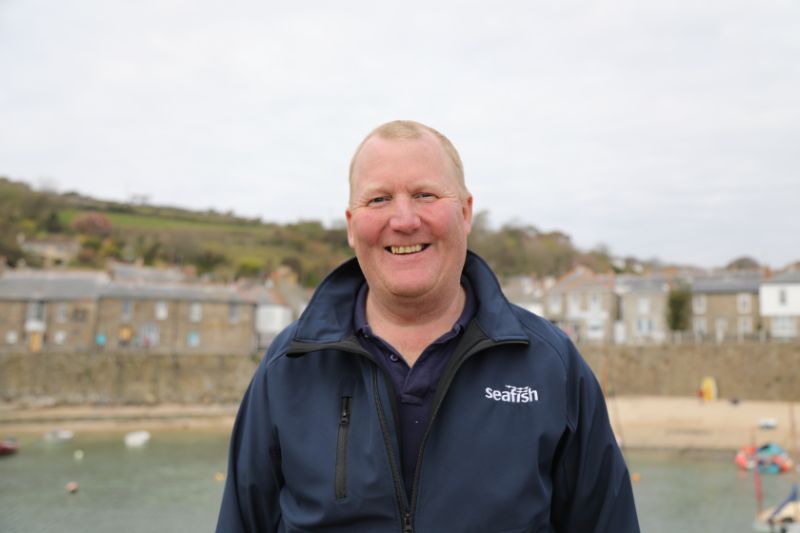 Gus talks here in more detail about some of the challenges facing Cornish fishermen in efforts to reduce the industry’s carbon footprint. 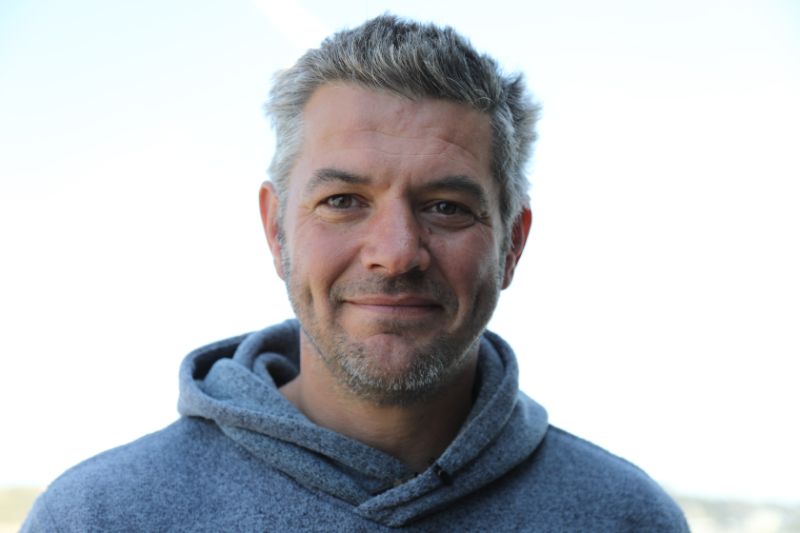 Skipper of the Rachel May, Padstow 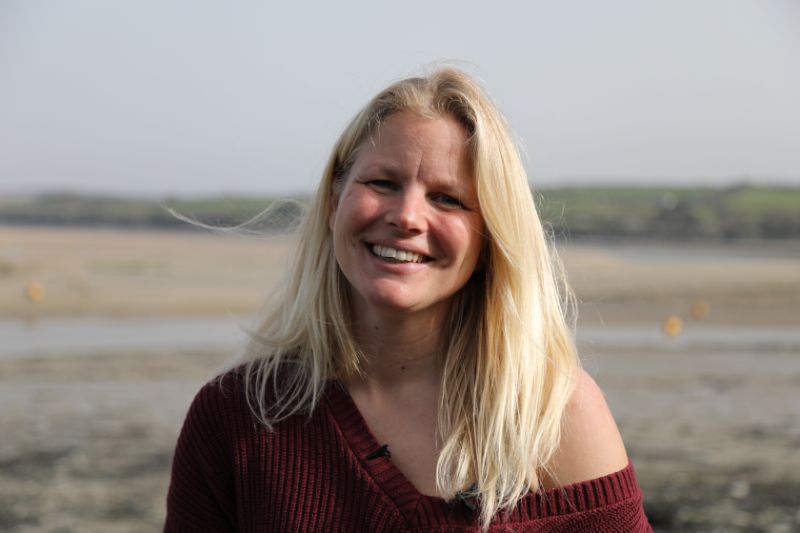 Research and Development Manager at the National Lobster Hatchery, Padstow

Hear more about the Hatchery’s work, how lobsters worldwide are being affected by climate change and ocean acidification – and some extraordinary facts about these incredible creatures! 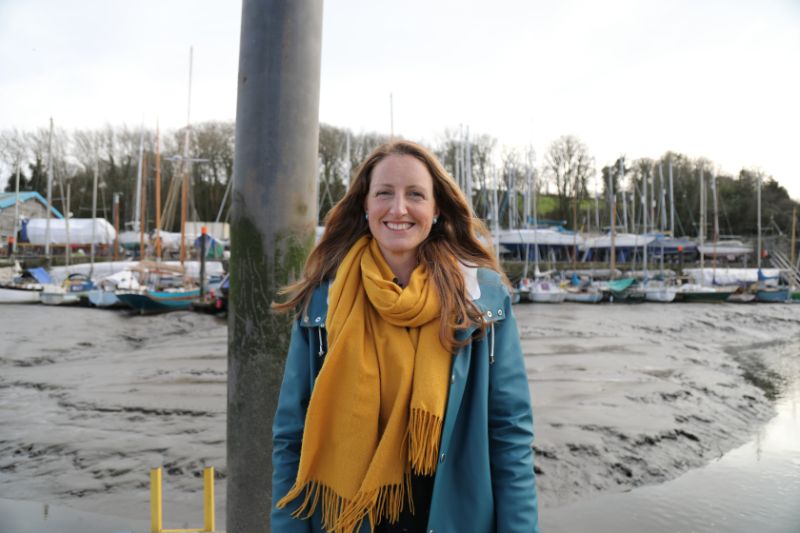 Senior Lecturer in Environmental Social Science at the University of Exeter

Listen to Rachel Turner talking in greater detail about the research that has been conducted into fishermen’s perceptions of and responses to the stormier weather expected as our climate changes. 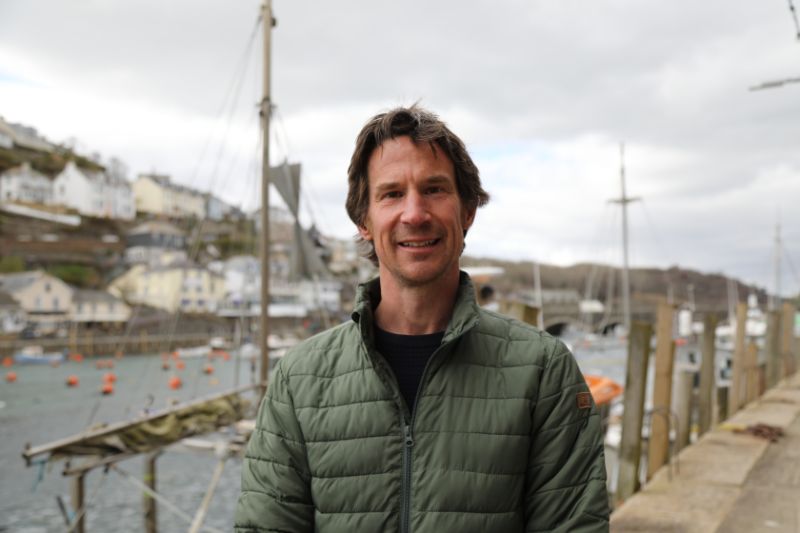 In a wide-ranging interview Steve Simpson tells us much more about the impact of climate change on the world’s fisheries, why everyone concerned about the marine environment should be more adventurous and eat local – and dealing with eco-grief as a scientist. 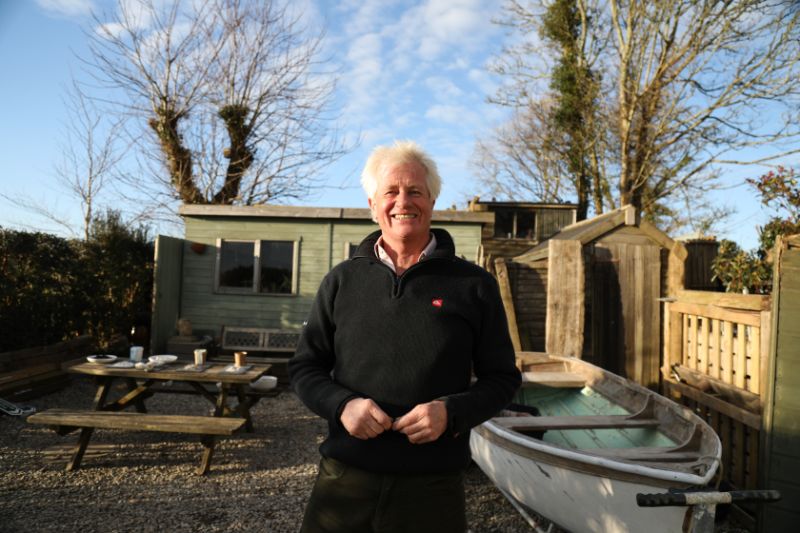 Listen to landscape gardener Ewen Abram-Moore talking about how he ended up combining his two passions – oysters and gardening. 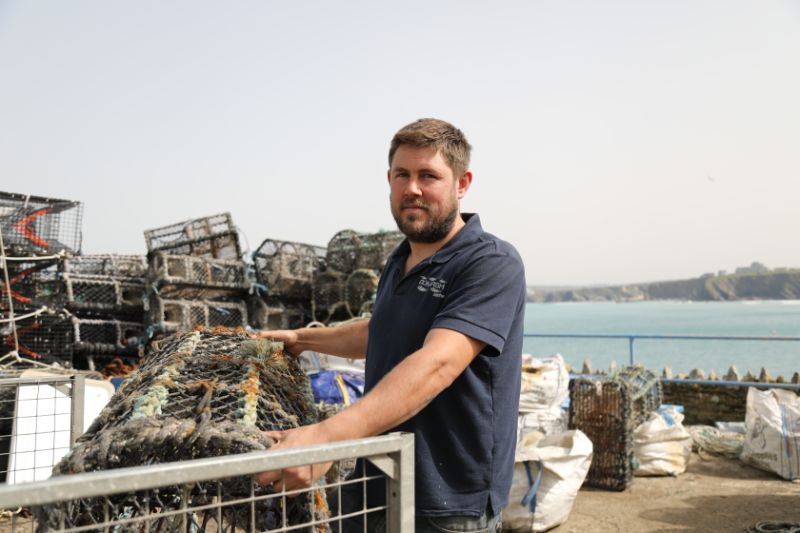 Skipper of the Beryl M, Newquay

Hear a longer interview with fisherman Ben Eglinton talking about the changes fishermen are seeing as our climate changes – and his hopes that there may one day be a quota for the bluefin tuna now moving into our waters. 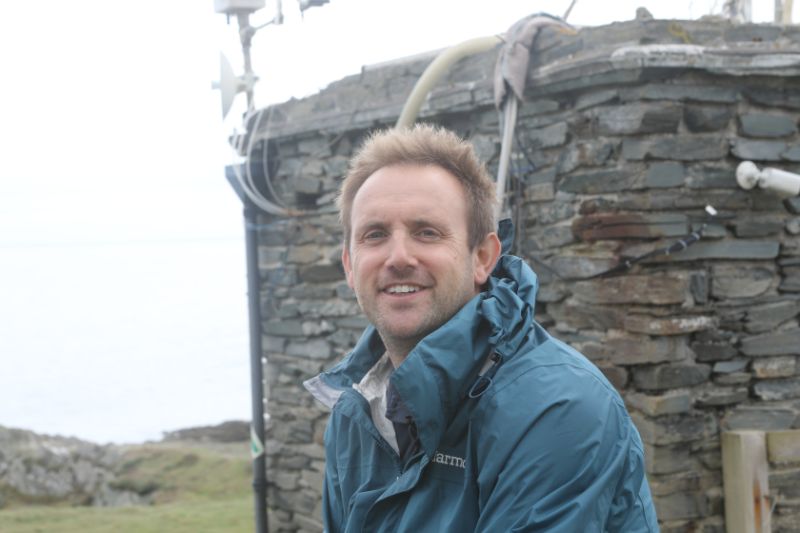 Hear Tom telling us more about PML’s work at the Atmospheric Observation Laboratory at Penlee Point, and the evidence it is finding of changes in many of the Earth’s greenhouse gases and other pollutants – it’s not all about carbon dioxide.

Plymouth Marine Laboratory would like to thank the Mount Edgcumbe Estate (who grant access to the research site), Trinity House (who own the hut where all the research equipment is housed), and the Natural Environment Research Council (NERC), who fund the work being done there.

FISH AND CLIMATE CHANGE - WHAT YOU CAN DO

Even though fish generally has a lower carbon footprint than farmed meat, there are still many things you can do it you eat fish to minimise the climate and environmental impact.

An amazing 80% of the fish we eat in the UK is from just a few species, called the ‘Big Five’ – cod, haddock, tuna, salmon and prawns. Only one of these, haddock, is caught locally.

Eating the Big Five can have some serious and surprising climate-related impacts (see more below), so we can make a big difference by choosing locally-caught fish and seafood, caught using low impact methods.

A brilliant place to find out all about what is best to eat and most sustainable, where to buy it, and great recipes for cooking it, is the Cornwall Wildlife Trust Good Seafood Guide which also provides details for buying directly from some of the most conservation-conscious and sustainable fishermen working around our coast.

For other ideas about how to help protect our marine environment and species more generally please see the ‘What you can do’ section for our first film, Under the Surface.
‍

Devon-based Ecomotus, a company run by retired fisherman Adrian Bartlett, has recently gained official approval for a system that can reduce fishing industry (and other) emissions by 85%, with a 10-15% fuel saving.
‍

WHAT’S THE PROBLEM WITH THE ‘BIG FIVE’?

Yes, salmon comes from Scotland, but all of it is farmed – in fact there is almost no wild salmon now caught in the UK.

Climate change is having a major impact on wild salmon, with only around 5% of the fish leaving our rivers each year estimated to return to spawn. Some of the climate-related pressures facing them include more intense rains washing sediment into rivers, covering the gravel they need to spawn on, to warming waters meaning they have to travel far further to find feeding grounds.

So salmon farming is now big business, worth around £1 billion per year, and Scottish salmon is flown all over the world.

Salmon farms have environmental impacts from the antibiotics used on the fish to prevent disease to the build-up of feed, chemicals and faeces causing pollution problems in the sea lochs where the fish are farmed. About 20% of farmed salmon die each year from disease and parasites.

To try to limit the amount of chemicals used, millions of wild ballan wrasse (a wild ‘cleaner fish’) are now caught from the wild, many around the coasts of Cornwall and Devon, and sent to Scotland to eat the lice that infest the farmed salmon – and also infect wild salmon as they swim past the farms to reach their spawning grounds. Ballan wrasse reproduce only slowly and this fishery is still poorly regulated.

Up to 20% of all wild fish caught worldwide are ground up into fishmeal to make feed for farmed fish like salmon. However, new initiatives are now looking at farming insects to turn into fish food. Insects such as meal worms can be farmed with far less environmental impact than producing fishmeal.
‍

Cod is now caught much further north and shipped to the UK.

Recent declines in North Sea cod populations, due in part to climate change, have resulted in fewer juvenile cod surviving to adulthood.

Sustainably caught tuna has been estimated as having a larger climate effect than any other protein source, except beef.

Not only is tuna caught far from our shores, but tuna vessels that now use more sustainable methods such as rod and line (to try to minimise bycatch of animals such as dolphins and seabirds) consume about three to four times as much fuel as boats using large purse seine nets, which can gather more fish in a shorter time.

It has been estimated that it takes three times as much fuel to catch a tonne of tuna than it did 25 years ago.

Nearly all the prawns and shrimp consumed in the UK are fished or farmed in Asia.

Shrimp farms tend to occupy coastal land that used to be covered in mangroves. Draining mangrove swamps to make way for aquaculture is even more harmful to the atmosphere than felling rainforest to provide pasture for cattle – meaning a kilo of farmed shrimp produces almost four times the greenhouse gas emissions of a kilo of beef.

Meanwhile, wild crustacean fisheries worldwide grew by 60% between 1990 and 2011 to account for 22% of overall CO2 emissions from fishing – despite making up just 6% of all the tonnage landed.

The amount of carbon dioxide emitted by fishing vessels globally rose by 28% over the same period too – largely due to this increase in shellfish fishing.

Shrimp trawlers can also pull as much as 20kg of bycatch from the sea for every kilo of shrimp, and Asian shrimp fishing has been associated with serious human rights abuses.

LEARN MORE ABOUT THE ORGANISATIONS AND PROJECTS FEATURED IN OUR FILM:

Impact of stormier weather on fishermen

Carbon and oysters (detailed study results due out later in 2021)

Plankton shifts due to climate change

As a project to document the facts around climate change in Cornwall, we take our own carbon footprint very seriously and aim to tread as lightly as possible.

We operate in accordance with an environmental policy that covers everything from our transport (which accounts for the bulk of our emissions) and banking to data storage and battery charging.